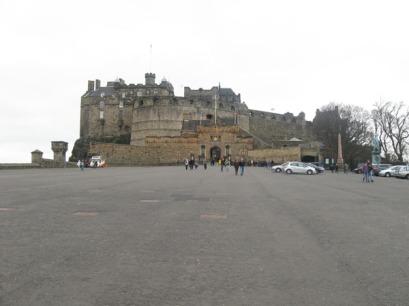 I made a rookie mistake in my thought process for Scotland.  I thought that more stuff would be free – like museums in London – or cheap.  I didn’t realize that admission to the castles would be so expensive.  When travelling on a shoe-string budget, £16 seems like a lot for a look inside a castle (especially when your subconscious is calculating the exchange rate for Canadian dollars).

We’d all ready seen a castle earlier that day (more on that later), so our “Castle-budget” was spent.  Truthfully, there was only 1 thing I wanted to see in Edinburgh Castle…

Yup, a rock. Or, more precisely, a stone. Of Destiny! (Photo from Edinburgh Castle website)

See, I’m a fan of the movie Stardust, which starts Charlie Cox as the adorable Tristan Thorne.  While looking for other movies he’d been in I stumbled across Stone Of Destiny – the story of 4 students from Glasgow who decided to take the Scottish Stone of Destiny back from the English by stealing it from Westminster Abbey.  True story, which makes it an awesome story.  (Also, I’d seen the Irish Stone so I might as well see the Scottish.)

We did, however, go visit the Gift Shop: 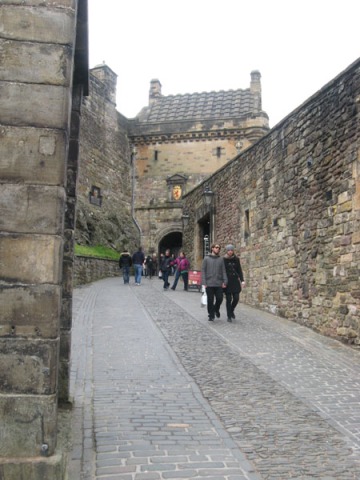 If you’re poor, but you want to “visit” a sight, check out the gift shop.  Chances are you won’t have to pay to get to it, and you’ll see postcards and miniatures of things that you could have seen in the sight.  It doesn’t count as an actual visit in my mind, but it’s good for those of you who are trying to keep on a budget.

If I go back to Edinburgh (which is a possibility), I’d go to Edinburgh Castle to see the Stone of Destiny, the Prisons, the Great Hall, and the Crown Jewels.  I doubt that I’ll ever tire of seeing cannons, or stonework, or standing at the castle walls and pretending that I’m a Queen.