When you walk into the ROM you’re greeted with a giant dinosaur.  I would call it a brontosaurus, but I think that name’s no longer valid.  I have no idea what it’s called.

[EDIT: I just googled “the dinosaur in the lobby of the ROM” and discovered that it’s a Futalognkosaurus.] 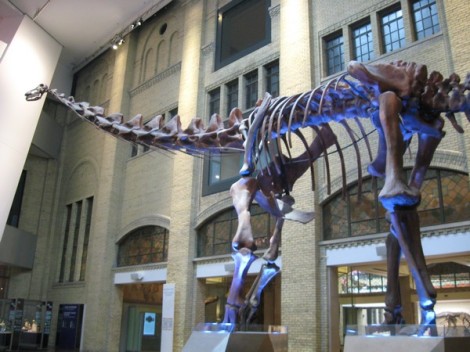 So giant that they had to put it in the lobby.

The best part is that you don’t have to just stare at it – you can also walk underneath it and find out what the inside of a dinosaur’s rib cage looks like! 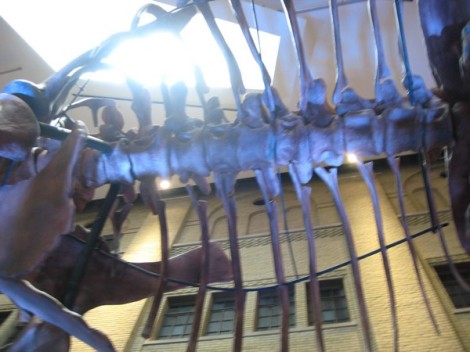 …it looks a bit boney.

But this is not the only dinosaur skeleton in the ROM, oh no!  There are more on the second floor (in the aptly named Dinosaur areas – of which there are 2, side by side). 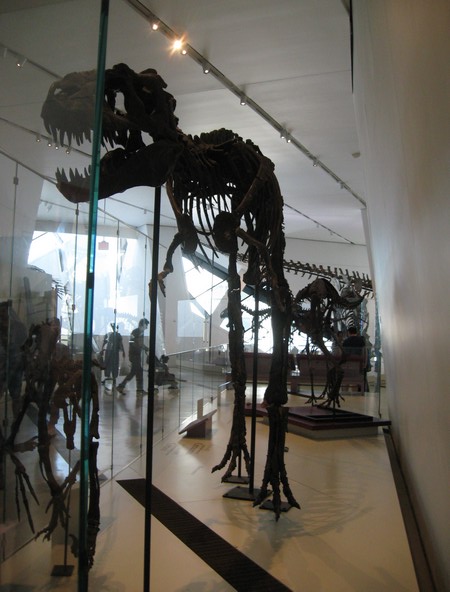 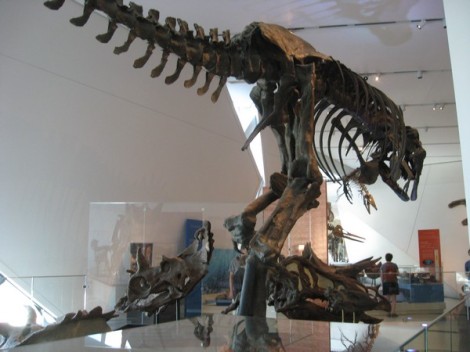 That’s a… um… another skeleton!

…Maybe I should have taken a picture of it’s head.  I think I was more concerned with that skull on the right.  I think that’s a triceratops…  No, the triceratops is on the left…  What’s on the right?  Oh, there’s another triceratops skull behind that other skull! 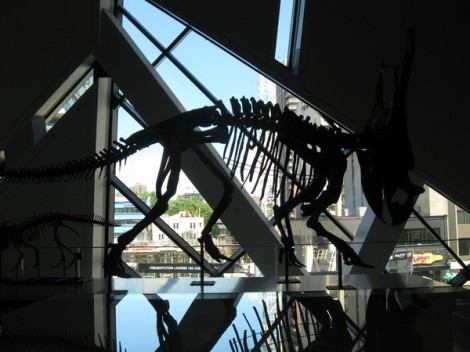 Forget the name, just look at that lighting, and how the picture’s framed.

Yeah, I really like the above picture.  That’s one for the portfolio!

Next to the dinosaur areas is a mammals area that has more skeletons.  I like how the skeletons aren’t just stuck in some display case. 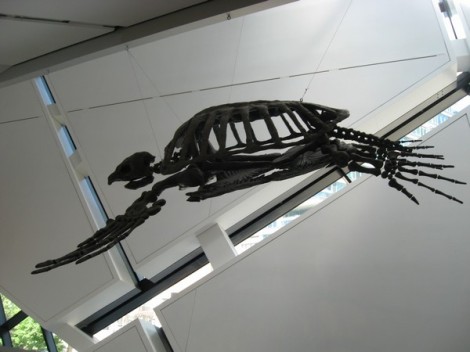 The ROM has skeletons all around – you just have to look up to discover them. 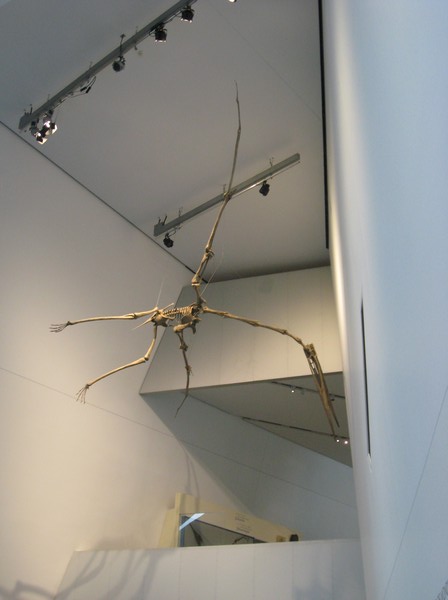