Hart Bageri in Copenhagen (a.k.a. I’m Back!)

Wow, it’s been a while since I’ve written something on here. Lucky for you, I’ve just come back from a fun trip overseas and have things to share!

One of those things is a little bakery that was only discovered by providence. During the planning stages, my sister and I mostly looked for places in Copenhagen that were near our hotel or in the vicinity of attractions. It’s all about proximity, especially when you’re traveling to a place you’ve never been before and have limited time.

Hart Bageri didn’t come up on either of our radars. I mean, it might have, but might also have been dismissed because it was too far West and there wasn’t much out that way (the Carlsberg Brewery was undergoing renovations.

So how did we find it? Through pure travel-magic. 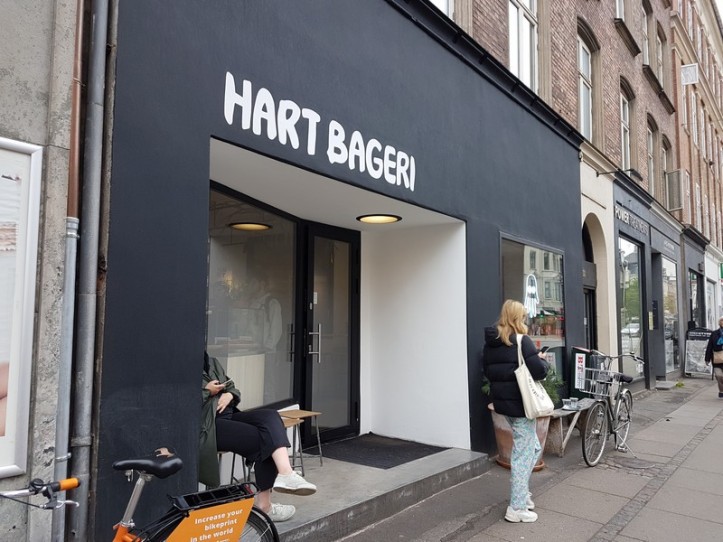 Before going to Denmark, my sister and I were in the United Kingdom, specifically London. Now, we’ve been watching a lot of Masterchef Australia – and I mean A LOT. Like, that show is so insane and amazing and there are about a billion episodes per season, and I am fully addicted. So, since we were in London, we decided to splash out for a meal and booked lunch at Dinner by Heston (more on that later).

While at Dinner, we had a lovely person who kind-of ‘oversaw’ our table, and when we mentioned we were going to Copenhagen, she said that she’d just been there visiting friends. Then she proceeded to go above and beyond and write down a list of places that we should visit if we liked food. But the one place that she spoke most highly of was Hart Bageri. In fact, she spoke so highly of it, that we knew that even if we couldn’t make any other place, we had to at least go to that one.

So, we get to the bakery on our third day in Copenhagen (it turns out to only be a 20-25 minute walk from our hotel). My sister’s looked it up online and the double-croissants come highly recommended, so we go in with a bit of knowledge. We’ll get a pastry each for now, then one for later, and another for tomorrow.

However! While we’re in there, we’re asked if this is our first time, to which we say ‘yes’. The employee recommends the cardamom pastry (Kardemommebolle), as it’s their most popular. We’ve never had anything like that, but being the adventurous eaters we are, we can’t turn down a direct recommendation. While we’re waiting, a woman in line recommends the exact same pastry to us. Now we’re wondering if there’s something magical about it (spoiler alert: there is).

We ended up getting 2 double croissants (the pastries covered in almonds), 2 of the cardamom (the darker pastries), and 2 Spandauer (the yellow pastries). We also got cappuccinos, because it’s vacation time and that means cappuccinos. Then we sat down to eat the croissants, because we expected them to be filling.

Oh, and they were. They were also delicious. There was a layer of rhubarb on the bottom, and a layer of apple on top, but they were separated by pastry. And there were so many almonds on them. It was one of the best croissants I’ve ever had.

As mentioned earlier, we were thinking of taking the others back for later, but having heard so much about the cardamom, we had to try one. So we cut one in half and…

Amazing is not a good enough word. I’d never had a pastry like that before. It’s hard to describe (if only I had one here with me – or one hundred), but it was delicious. There was sugar on the bottom, and it seemed like it had a hint of anise, which normally I’m not into, but it worked. It was so different and delicious and buttery and good.

After realizing that we’d basically demolished half the box, we decided that the only thing to do was to buy more delicious treats and leave. We got another cardamom, a slice of lemon ‘moon’ cake, and a chocolate slice. 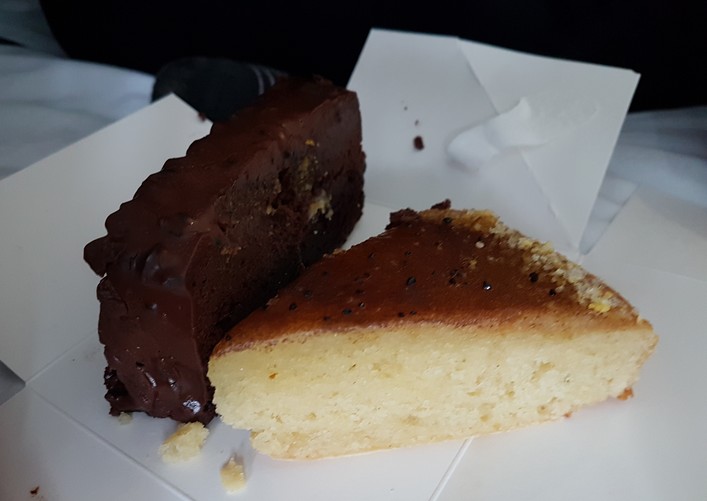 Everything from that bakery was delicious, but the double-croissant and cardamom were definitely my favourites. Nowadays, when I think about going back to Copenhagen, I think about this place. I wonder if there’s a hotel nearby…

*Turns out this was the 300th post! I can’t think of a better topic to spend it on than pastries.